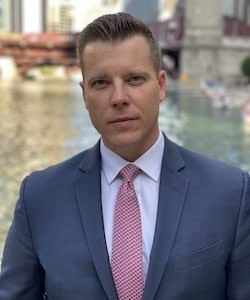 Frederick is a partner and trial lawyer for the Elman Joseph Law Group, LLC.  He was named to the 2021 & 2022 "Rising Stars" group of lawyers by Thomson Reuters as part of their "Super Lawyers" awards.  This "Rising Stars" designation is for those under 40 years old or who have been practicing law for 10 years or less, and is granted to the Top 2.5% of lawyers.  The designation is based upon 12 indicators encompassing both professional achievement and peer review.

Frederick prides himself on his success rate at arbitration and at trial. Like other lawyers at the Elman Joseph Law Group, LLC, he is unwilling to just "settle" cases by accepting inappropriate offers from the insurance companies.

Among his accomplishments are the results he achieved in two Cook County car accident cases. Mr. Joseph has obtained the highest jury verdict awards in two separate Cook County municipal division courtrooms in 2018. Both verdicts are more than double the amount of the next highest verdict in their respective court rooms. In one car accident court trial the verdict was 12 times the final offer from the defense attorney; in the other lawsuit the verdict was over 5 times the final offer from the defense attorney.

Another example of Mr. Joseph's trial capabilities took place recently in Cook County. The plaintiff (a public school teacher) was struck after the defendant ran a red light and collided with her vehicle. The insurance company wanted to settle the case for less than the plaintiff's medical bills, and award her nothing for her pain and suffering. Mr. Joseph, unwilling to settle for that amount, took the case to trial. After closing arguments, the jury returned a verdict for his client for over four times what the insurance company was offering to settle the case.

He graduated from the Purchase College Conservatory of Music, and he continued his graduate studies at Boston University. His J.D. degree is from the Loyola University Chicago School of Law. During law school he was a member of the Dean’s List, participated on the ABA Mock Trial Team, and spent two years clerking in the litigation/product liability group for a prestigious national corporate defense firm.

He is a member of the Illinois Bar, the American Bar, and the Chicago Bar.

Prior to becoming an attorney, Frederick was a professional opera singer performing various roles across the country and abroad. He still regularly performs (look for him in the CBA’s Bar Show every holiday season).

Outside the courtroom, Mr. Joseph is an avid golfer and loves spending time with his beautiful wife and son. He also enjoys collecting wine and pretending to be a professional chef. 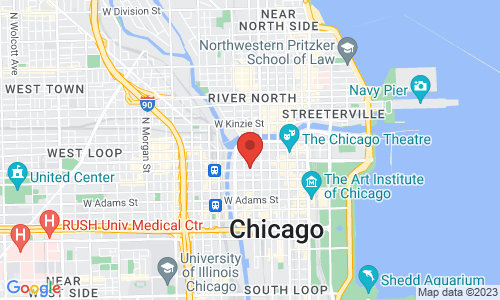